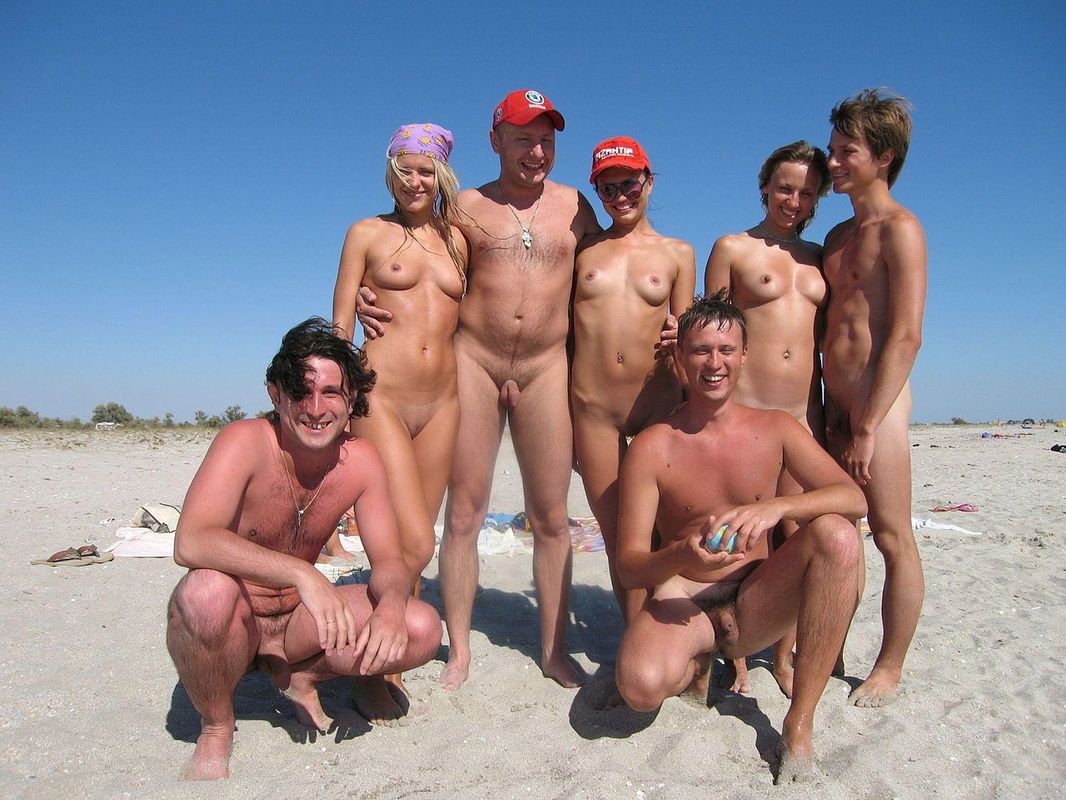 Naturism, or nudism, is a cultural and political movement practicing, advocating and defending personal and social nudity, most but not all of which takes place on private property. The term may also refer to a lifestyle based on personal, family, or social nudism.[1]
Naturism may take a number of forms. It may be practiced individually, within a family, socially, or in public. Additionally, there is also militant naturism, including campaigning, and extreme naturism is sometimes considered a separate category. 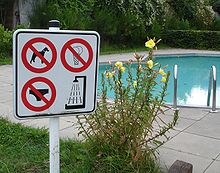 The XIV Congress of the International Naturist Federation (Agde, France, 1974) defined naturism as:
a way of life in harmony with nature characterized by the practice of communal nudity with the intention of encouraging self-respect, respect for others and for the environment. Several other terms (“social nudity”, “public nudity”, “skinny dipping”, “sunning”, and “clothes-free”) have been proposed as alternative terms for naturism, but none has found the same widespread public acceptance as the older terms “naturism” and (in much of the United States) “nudism”.

Many people are often nude in the privacy of their home or garden, either alone or with members of the family; they are called at-home-nudists.[by whom?] This may be occasional nudity or as a naturist lifestyle. There are differences of opinion as to whether, and if so to what extent, parents should appear naked in front of their children, and whether children should be nude within the home in the view of their family as well as visitors. This has attracted a great deal of academic study.
A United States study by Alfred Kinsey (1948–1953) found that 75% of the participants stated that there was never nudity in the home when they were growing up, 5% of the participants said that there was “seldom” nudity in the home, 3% said “often”, and 17% said that it was “usual”. The study found that there was no significant difference between what was reported by men and by women with respect to a frequency of nudity in the home.

Newbies guide to nudism: 9 good reasons to become a nudist

Another great article on nudism by Larry Darter. On this third post of the Newbies guide to nudism series. following the Introduction to Nudism and the History of contemporary nudism, Larry goes over the following 9 reasons to move from the textile world to the nude one:

As Larry agrees at the end of the post, there are lots of other reasons to become a nudist, and he stuck to those for the sake of keeping his post not too long. The whole series is a great read and I encourage to point it to your non nudist friend. It’s a great way to have an ice-breaker conversation on nudism and allow the idea to sink in the minds of your textile friends.
Get Naked, Stay Naked, Live Naked and Share the Naked Love!

10 tips to become a naturist

1. Where and with whom?
Think about it beforehand for you need to make several choices before launching into your first naturist experience – who are you going with? Where? Which type of site? Your choices only of course but think about some obvious things. If you want to have that experience but you’re still not comfortable with your naked body, go to a naturist beach or pool first, do not book a whole stay. You’ll avoid being stuck for several days if you appear not to be into it. Also keep in mind that it’s easier to stand naked in front of your partner than in front of your friends, even if they too are beginners. Finally, if you feel ready for a whole naturist vacation, you should know that all naturist sites are equally respectful – an essential feature.

2. With or without children?
Here’s an important one – should you go with or without your kids? You certainly can’t help but think, what are they going to think when they see me naked? Will it make me lose my authority? Is it normal for a child to experience a naturist environment? Rest assure regarding the latter – a naturist environment will not shatter your children’s psychological balance, on the contrary! If they’re still young, they will be in a safe environment in which being naked and the human body is not taboo nor exclusively associated with sexuality. If they’re a bit older (teenagers), talk to them before any booking. Give them information, do not hesitate to tackle sensitive subjects but most of all, explain what attracted you in the naturist experience. Do it as naturally as possible, it’ll be the best way to send your message. Don’t forget you can also keep it to you and your partner, only your conscience can make you share it with your children.

3. Respect the rules of naturism
Respect the rules of the site you’re staying at to the letter. Some are obvious – respect your environment and the site’s cleanliness – others are more implicit. When it comes to show tolerance towards other campers, body language is of the utmost importance – do not linger on a scar for instance, a body imperfection or any other difference. Do not hesitate to read the charter of naturism – it sums up our sites’ practices but it is valid on any naturist site!

4. Hygiene and comfort
Hygiene and comfort go along in a naturist site. Whether you’re lying on a deckchair or pumping iron at the fitness area, never forget to bring your towel – for hygiene and comfort reasons. If you’re in for a naked hike, you’re obviously allowed to wear shoes, if you’re riding your bike, do not go without a pair of shorts. Living without clothes does not mean you’ll have to pass on the basic rules of hygiene.

5. Avoid « non supervised naturism »
As a beginner, you might want to go off the beaten paths and enter remote areas non-specifically devoted to naturists in order to avoid other people’s looks. Be careful though: nudity in a public area is punished in some countries. France for instance, makes no difference between naturism and exhibitionism. Law is more permissive in other countries but you should always get some information whatever country you want to take your clothes off in. In any case, it’s always better not to go out alone in case you happen to stumble upon someone.

6. Accept your body
Don’t be afraid to show your body. It you feel uncomfortable or fear an ostentatious, involuntary reaction (this is obviously a man’s problem), you should know than everyone else around you had the same problems or doubts. Think about the fact also that this is not their first naturist experience and they won’t judge you or be shocked if your body shows any unwanted reaction. Respect is the key word here, don’t forget it. What’s more, if you don’t stare at your neighbour, your neighbour won’t stare at you. Just live your naturist experience quietly and without paying attention to the others first. It’ll help you adapt and get more comfortable with your naked body.

7. Pack your suitcase the way you always do
It can sound silly but one can wonder, what should I bring for my naturist vacation? Being naked is often « mandatory » at naturist sites or beaches – we’re using brackets because naturism is not a cult with golden rules. If you want to practice some sports though, you’ll need clothes for instance. Think about the weather also and don’t neglect sweaters, trousers or windcheaters in case of rain or high wind! Finally, sites are tolerant at the end of the day. If it gets a bit chilly, you’ll be allowed to stroll in the site with your clothes on. So pack your classy evening clothes also, just in case!

8. Prepare, being true to yourself
You’re not very comfortable with your body but you’re willing to try naturism in order to gain more confidence? Cheers, THAT’S the naturist spirit! You’ll most certainly feel better surrounded with benevolence and without hasty judgements. See that you are truly prepared for a first naturist experience though. Full body hair removal or not? It’s up to you of course, do as you want, nothing’s mandatory and nobody will judge the quantity of hair on your body – that’s not the naturist spirit! Besides, women with their period shouldn’t worry as clothes are obviously tolerated. One step at a time though: if you’re already feeling uncomfortable with the fact of being naked, do not add the fact of having to deal with your period and select your vacation dates accordingly.

9. Be careful with the sun
You’ll often be told that naturism is just the best to get a perfect tan. Beware though! As a beginner, some parts of your body have never (or rarely) been exposed to the sun and are more fragile. You’ll get strong and painful sunburns if you don’t protect them so don’t skimp on sunscreen during the first days. Buttocks, chest, pubis – those are the areas you should specifically focus on, most particularly if you have a clear skin! If your vacation was planned ahead, take some vitamins in order to prepare your skin to the upcoming exposure.

10. Become a real naturist little by little
If getting closer to your first naturist experience – on a beach or at a site – frightens you, try to relax and start getting naked when you’re home – in your bathroom of course but also in the rest of your house/apartment. Just stroll, watch TV, clean, cook… naked! You’ll get more and more comfortable, and very quickly, with the idea of living a « normal » life, naked. Once you’re used to that, the idea of standing naked in front of other people won’t seem totally impossible to you anymore.

For more information, read « Naked and happy », our partner’s article: Naturism – for whom? For what?